FINANCIAL ASSISTANCE AND THE COMPANIES ACT

REFORM ON THE TAXATION OF PENSION FUNDS 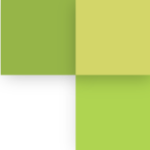 ‘Abnormality’ is to be determined, in terms of section 80B, depending on the context within which the arrangement or transaction in question has been entered into. For example, a transaction entered into in a business context would be regarded as being abnormal if it lacks commercial substance (dealt with in detail in section 80C), whilst in a context outside of business, a transaction would be considered ‘abnormal’ if it is entered into based on terms not normally employed for bona fide purposes.

It is significant that the onus to prove that the GAAR should not apply generally rests on the taxpayer. In this regard, section 80G makes it quite clear that a taxpayer is presumed to have entered into a transaction with the sole or main purpose to obtain a tax benefit, until the taxpayer is able to prove otherwise.

The GAAR can be applied to a single transaction, a multi-stepped scheme viewed holistically, or it can even subject a single step (which may have been inserted for only tax purposes only) to scrutiny.

Once it has been determined that SARS may invoke the GAAR in relation to any such ‘impermissible avoidance arrangements’, SARS is afforded wide-ranging powers including:

It may seem at first as though the GAAR requirements are extremely onerous and weighted in SARS’ favour. If one remembers though that all 4 the elements discussed above must be present before SARS can invoke the GAAR, some balance is restored. When subject to a GAAR dispute with SARS therefore, it is advisable to focus on those elements which the taxpayer is able to defend. Proving the absence of merely one of the 4 prerequisite elements destroys SARS’ attack.

This article is a general information sheet and should not be used or relied upon as professional advice. No liability can be accepted for any errors or omissions nor for any loss or damage arising from reliance upon any information herein. Always contact your financial adviser for specific and detailed advice. (E&OE)