Should I draft a will? 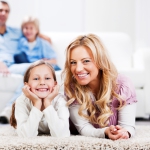 A mother who has always wanted her daughter to inherit her diamond engagement ring may never get her wish if she dies without leaving a valid written will. The mother’s estate would then be distributed in terms of the Intestate Succession Act No. 81 of 1987.

Taking the time to draft a will can leave you with the peace of mind that your assets will be distributed according to your wishes as far as possible. Your will should reflect exactly how you want your assets to be dealt with after your death and should not be contra bonos mores (against good morals). It should also not amount to “ruling from the grave”.

There are a number of legal requirements that have to be complied with for a will to be valid.  If it does not comply with all of these requirements it could be found to be invalid. Your estate would then also be dealt with in terms of the Intestate Succession Act of 1987. It is therefore of the utmost importance that you obtain the assistance of someone with the necessary specialised skill and knowledge to assist you with the drafting of your will.

A will should also regularly be revised and updated to adapt to your changing circumstances, for example after getting married, and when there is a child on the way. Section 2B of the Wills Act No. 7 of 1953 (as amended by the Law of Succession Act No. 43 of 1992) deals specifically with a change in marital status by way of divorce, and reads as follows:

“If any person dies within three months after his marriage was dissolved by a divorce or annulment by a competent court and that person executed a will before the date of such dissolution, that will shall be implemented in the same manner as it would have been implemented if his previous spouse had died before the date of the dissolution concerned, unless it appears from the will that the testator intended to benefit his previous spouse notwithstanding the dissolution of his marriage.”

This can be explained by way of the following example: A and B get divorced and B dies within three months of the date of the divorce. B’s will was executed before they got divorced. Unless B’s will specifically indicated that A must benefit from B’s estate despite the divorce, B’s estate will then be distributed as if A died before they got divorced. A will therefore not inherit from B’s estate in this scenario. However, should B die more than 3 months after the divorce and B’s will, which benefits A, was not changed, then it will be seen as if B intended A to inherit, despite the divorce.

A person who was previously married and who remarries, should ensure that the necessary changes are made to his/her will. If not, this could have profound consequences for the “new” spouse, especially if the will still benefits the spouse from the previous marriage.

When there are minor children in the picture, it is advisable to make adequate provision for their living costs and education in your will. This can be done by creating a testamentary trust of which the minor children can be beneficiaries.

Thinking and talking about one’s passing is not a pleasant subject. Having a valid, clear and unambiguous will can prevent unpleasant family feuds caused by them having to make decisions about the distribution of your estate. It is certainly worth the time and effort to have a valid written will in place.

This newsletter is a general information sheet and should not be used or relied on as professional advice. No liability can be accepted for any errors or omissions nor for any loss or damage arising from reliance upon any information herein. Always contact your financial adviser for specific and detailed advice.