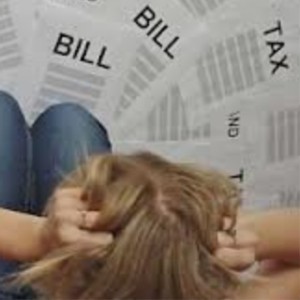 The Tax Administration Act that came into effect on 1 October 2012 is a valiant attempt to balance the rights of the taxman with those of the taxpayer.  One of the ways of bolstering the taxpayer’s position on this not very level playing field is the creation of the office of the ombudsman or Tax Ombud.

Exactly one year after the inception of the Act, Gauteng Judge President Ngoepe was appointed as the first incumbent of this office.  The mandate of the Ombud is set out in section 16(1) of the Act:

…to review and address any complaint by a taxpayer regarding a service matter or a procedural or administrative matter arising from the application of a tax Act.

The aim is to provide taxpayers with a low-cost mechanism to address administrative difficulties that cannot be resolved by SARS.  The Ombud’s powers are however limited.  He may not review legislation or policy unless it relates to a service, procedural or administrative matter.  Although the Act is not clear on the issue, the decision as to whether a matter falls within the scope of his mandate probably lies with the Ombud himself.

What is clear is that a complainant is required to first exhaust the available complaint resolution mechanisms within SARS before approaching the office of the Ombud, unless there are compelling circumstances for not doing so.  This will, for instance, be the case where exhausting internal mechanisms will cause undue hardship to the taxpayer, or is not likely to produce a result within a reasonable period of time.

Complaints are to be made in writing on the prescribed form to the office of the Ombud.  A copy of the complaint form can be requested from the Ombud’s office by telephone, fax or email.  The form must be completed and signed by the taxpayer.  If a tax practitioner or other person completes and signs the form on behalf of the taxpayer it is advisable for the client to complete a power of attorney specifically for this purpose.  All supporting documents must be attached to the form.  A request for review of the complaint should include any correspondence received or sent relating to the complaint, call reference numbers, and the relevant contact details of the SARS officials with whom the taxpayer dealt.  It is recommended that the complainant specifically indicates which internal remedies were pursued and what SARS’s response thereto was.

The Ombud may review and address a complaint in a number of ways, including by way of mediation or conciliation.  He may also facilitate a taxpayer’s access to complaint resolution mechanisms within SARS.  Ultimately he must follow informal, fair and cost-effective procedures in resolving a complaint.

The Ombud’s recommendations regarding the resolution of a matter are not binding on SARS.  In the interests of legitimacy and transparency it is however likely that SARS will follow these recommendations.

Reports by the Ombud to the Minister of Finance must be submitted on an annual basis.  In addition, he must also report to the Commissioner of SARS at quarterly intervals.  This report must contain recommendations for such administrative action as may be appropriate to resolve the problems encountered by taxpayers.