Consumer rights: Don’t be quiet any longer, insist on your rights! 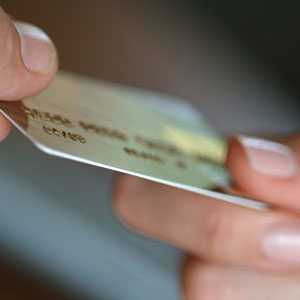 Bad luck and frustration… two distinctive terms which are no longer regarded as something new when it comes to the general “consumer society”. In fact, these words describe the everyday experiences of consumers.

Everyday problems which are experienced by consumers are situations such as where an insurance claim fails to pay out, banking costs which never end up being what they purported to be, and the well-known debit order problem where a debit order is not processed when it is supposed to. These are, amongst others, some of the frustrations which consumers feel they have to face all too often, and in some cases, even after an agreement has been set in place between the consumer and the supplier/service provider.

In a more recent case, Mr X, whose name will be kept confidential, experienced discontent to such a degree that he had to end up emptying his own pockets due to the failure of the service his bank offered him.

Two years ago Mr X took out a loan at his bank and both the parties agreed on which date the monthly repayment of the loan may be charged to his personal account by means of debit order. Quite recently Mr X approached his bank and requested them to arrange that the debit order should only be charged to his account on the 7th of each consecutive month, and no longer on the 1st as per previous agreement, due to the fact that he will only be paid on the 5th of each month. Mr X and his service provider agreed on this and he signed a stop order to this effect which served as the written agreement between them.

Despite the written agreement reached between Mr X and his service provider, his bank failed in providing proper service to this effect. When the 1st of the following month arrived , Mr X’s bank failed to ensure that the agreement was carried out and even worsened the situation by adding more frustrations. On the 1st of the new month, Mr X’s loan bond repayment was charged to his personal account despite the agreement/stop order between the parties. Consequently, when Mr X’s other debit orders had to be executed there were insufficient funds available in his account, and all four of the consecutive debit orders were sent back on the 3rd of that month, at a penalty fee of R125.00 per debit order. In addition to this, Mr X was astonished when he found out that his bond repayment was made again on the 7th of the same month, thus for the second time. Again, Mr X had to pay the penalty fee for this order since it had already been charged and he had insufficient funds available for it. Mr X now found himself in the dismal situation of having to pay R650.00 out of his own pocket to get his account clear, whilst the fault was clearly that of his bank.

When Mr X approached his bank in order to find a solution to the situation, he was sent from pillar to post and ended up with having to deal with his bank manager who, to make matters worse,  lifted her hands in innocence and pleaded that she could not provide him with a solution as she did not deal with such financial issues, and that it must be taken up with the “financial department”.

Frustrated and disgusted by the service he received, Mr X decided there and then to close his personal account with the bank and moved to another bank, but he was still left with the hole in his pocket of the R650.00 he paid in penalties as well as the humiliation of having to explain to his other four service providers why they did not receive their payments timeously.

Cases such as this are not something of the past, and are not something that happens only seldom. They have become everyday occurrences which create more than frustrations for any consumer who is faced with them. In most cases, such as that of Mr X, the consumer is left with nowhere to turn to for a solution or remedy.

The question then arises, what can consumers such as Mr X do? On whose door can they knock for help and how can they enforce their consumer rights?

This brings us to the rights that Mr X is entitled to in terms of Section 54 of the Consumer Protection Act. Section 54 empowers the consumer with the right to timeous delivery of service, whether it be physical delivery of a service or whether it be a situation such as that of Mr X where the bank had an obligation to ensure that proper record was kept of the agreement reached between it and Mr X. If the bank had not failed in this, Mr X’s debit order for his bond repayment would not have gone off twice in one month and left him with only penalties.

Section 54 further states that in the case where a service was not delivered timeously or to such a standard as would be expected from such a service provider, the consumer has one of two remedies at his/her disposal:

Should the situation not be remedied in one of these ways the consumer can still rely on his/her rights in terms of the Consumer Protection Act and with the means available of enforcing them.

In this situation either one of the following institutions/forums may be approached;

More specifically with regards to the abovementioned two institutions, the consumer does have the option of laying a complaint with more than one institution to choose from, but it will nevertheless be important to remember that the purpose of the Consumer Protection Act is to provide the consumer with a fast and cost-effective solution. Thus, it is advisable to first approach the service provider in an attempt to find a solution to the problem, as Mr X did in his situation. Although he was unsuccessful in his attempt, he still took the right step in first approaching the bank. After this has been done without success, there is no other option but to approach the various institutions/forums.

Amongst others, the following institutions have been set in place and consumers such as Mr X can now approach them:

These authorities focus mainly on mediation and conciliation and they can be contacted as follows:

These groups assist consumers with useful guidelines and advice and they also assist with dealing with complaints. Some of these Groups are well known in the social networking industries on the internet, such as Hello Peter which gives consumers the opportunity to air their complaints on the internet, and  service providers and other consumers the opportunity to comment thereon. Find at www.hellopeter.com . Consumer Fair is another one of the groups and it can be found at www.consumerfair.co.za .  Lastly we have the SA National Consumers Union which represents millions of consumers and mainly offers advice. It is said to operate under the slogan “Consultation Before Confrontation”. Find at www.sancu.co.za .

Furthermore there is the Industries Ombudsman, whose main responsibility is to regulate within a specific industry. Find at :

The Consumer Commission relies on the Ombudsman to deal with complaints in the specific sector, as well as to keep record of the regular complaints and serious complaints, and will then take the necessary steps when the situation calls for it.

Last alternatives are authorities such as the consumer courts and small claims courts, although any orders made in consumer courts must be approved by the National Consumer Tribunal (NCT). The NCT is regarded as the highest authority for consumer protection and it can impose fines on offending suppliers of up to R1 million or 10 per cent of annual turnover, whichever is the highest.

This then leads us to the conclusion that consumers such as Mr X, still have hope and that they can handle the situation as follows:

Mr X already took the situation up with his bank which was in principle the first step. Important to remember for any consumer is that he/she must do homework properly in order to understand the situation and all of its aspects to the full. Get all the necessary documentation and correspondence ready, even records of any phone calls, etcetera. Furthermore it is also important to keep record of everything as the situation develops e.g. all telephone calls, letters exchanged etc. This will strengthen your case and also serve as further evidence.

Lastly, before the process can come to an end, it is always important to remember that although frustrations and emotions will run high during this time, the situation has to be handled in a professional manner as far as possible. It will be more gainful to be self-assured as opposed to rude, and even though there is more than one institution/authority available to the consumer, it is always advisable to lay a complaint or make an approach to only one at a time.

Mr X and so many other consumers have found themselves in these situations, and even though this happens often there are still too few consumers who actually follow the right path in order to handle the situation correctly. Thus, if you are faced with a similar situation and if you are experiencing the same frustrations, take the right steps and complain! You no longer have to be quiet about it -demand that your rights as the consumer are enforced.