Business 101: The National Development Plan (NDP) is now official government policy – What does it mean for us all?

The Consumer Protection Act – Why has it gone quiet? 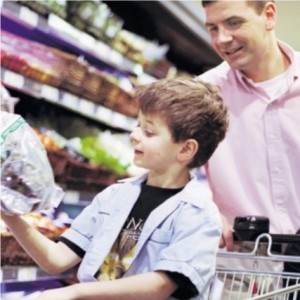 The CPA was launched with much fanfare in March 2011. It heralded powerful new rights for consumers as the CPA is a globally recognised piece of legislation.

What is happening on the ground?

There is strong evidence that the larger retailers are aware of the CPA and act within its parameters.

But more and more we hear stories of smaller retail outlets still having signs saying “No refunds” or “No replacements or repairs”. Yet the CPA stipulates that the consumer has a six month warranty and the consumer (not the supplier) has the choice, if he/she returns defective goods, of:

In fact, the CPA has more than forty provisions relating to how potential abuses are to be investigated, moving from conciliation to dispute resolution to summoning abusers, to issuing search warrants and finally to sanction – which could mean a R1 million fine or 10 years’ imprisonment.

Yet, complaints to the NCC (National Consumer Commission), the watchdog for the CPA, have all too often not been responded to.

Power to the people!

In South Africa there are 5 million Facebook users and 2.4 million followers on Twitter. Companies tend to respond to complaints in the social media to prevent complaints going viral. That gives consumers a lot of power, and – as the public becomes more aware of its rights – businesses who flout the CPA do so at their peril!

© DotNews, 2005-2013. This article is a general information sheet and should not be used or relied on as legal or other professional advice. No liability can be accepted for any errors or omissions nor for any loss or damage arising from reliance upon any information herein. Always contact your legal adviser for specific and detailed advice.