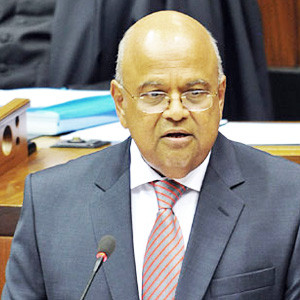 Many commentators believed that this year’s Budget presented the Minister of Finance with the toughest conditions and very little space to maneuver since the 1997’s.

He was faced with balancing the country’s slowing growth rates and decreasing fiscal revenue with an ever increased demand on public spending.

Not surprisingly, the focus areas in the Budget Speech by our Minister of Finance remained on the protection and enhancement of the tax base, tax incentives for the development of business, and tax avoidance.

We set out below a summary of the most prominent changes:

With a sigh of relief for the high-end earners, the widely expected increase in the personal income tax rate from a maximum rate of 40% to the anticipated 42%/43% did not materialize.

The Capital Gains tax rate was also not affected and remained the same at an inclusion rate of 33.33% for individuals, resulting in a maximum effective rate of 13.33%.

Monthly tax credits for medical scheme contributions will be increased from R230 to R242 for the first two beneficiaries and from R154 to R162 for each additional beneficiary, with effect from 1 March 2013.

As to retirement, the tax treatment of pension, provident and retirement annuity funds will be simplified and harmonized allowing provident fund members to receive a tax deduction on their own contributions. More competition is promoted by allowing providers other than life officers to sell living annuities.

From an effective date on or after 2015 (called “T-day” in Treasury’s Retirement Reform Proposals for further consultation dated 27 February 2013), employer contributions to retirement funds on behalf of an employee will become a fringe benefit in the hands of the employees for tax purposes, and the overall permissible deductible contribution rate will be pegged at 27.5% of the greater of remuneration and taxable income, to which an annual cap on deductible contributions of R350 000 will apply. This will apply to all individuals regardless of age.

The estate duty rate has remained unchanged at a rate of 20% on the value of an estate exceeding R3.5 million.

Donations tax has also remained unchanged at a rate of 20% and the exempt amount for donations tax purposes remained R100 000 per annum per individual.

Dividends Withholding tax has remained unchanged at a rate of 15%.

The Income tax rate applicable to companies remains unchanged at 28%. The inclusion rate for capital gains tax purposes also remain unchanged at a rate of 66.67%, with an effective rate of 18.66%.

A special dispensation is proposed to ensure uniform tax treatment with regards to employment share schemes, which are in certain circumstances used as a tool to lower overall tax rates for executives and other high- income earners, and schemes that are used for lower income earners but which sometimes result in double-taxation for them.

The comments that the Minister made with regards to trusts, especially the proposals around the so-called new tax regime has created an overnight uproar rooted in uncertainty as to the future of trusts. It is important to note that these are merely proposals at this stage and that the legislation underpinning these proposals and implementation thereof are still to be enacted. The new legislation will be made available for public comment prior to implementation. It is important to bear in mind that the taxation of trusts are to be reviewed, which does not mean that their benefits will be erased in a single action by Treasury.

It is our view that trusts created for legitimate estate planning purposes will remain a powerful estate planning vehicle – the very core of the trust mechanism is and was never the evasion of tax, but the protection of assets.

In line with expectations, there was no further relaxation in Exchange Control Regulations for individuals or trusts. This is in light of the previous significant concessions that we have seen in 2010 and 2011.

The permanent voluntary disclosure program which came into effect from 1 October 2012 remains intact and taxpayers can still make use of this program to regularise their tax affairs.

An increase in the excise duties on alcohol products and tobacco products of between 5.7% and 10% was announced.

A national gambling tax was proposed in 2011. The legislation regulating this will be implemented towards the end of 2013 and tax will apply at a rate of 1% on the gross gambling revenue in addition to provincial rates.

Previously donations made to Section 18A approved charitable institutions were limited to 10% of taxable income in the year of donation and any excess amount could not be carried forward. According to Government this discourages large donations which can be detrimental to the upliftment of the South African social community in need of these donations. It is therefore proposed that donations in excess of 10% of taxable income can now be rolled over as allowable deductions in subsequent years.

South African residents are generally subject to worldwide tax, except for income arising from services rendered abroad and where a person spends 183 days or more in any 12 month period outside South Africa. The proposals seem to suggest that income from such services should be brought into the South African worldwide tax net, but subject to appropriate tax credits, especially if a South African employer is involved.

Given that an overall retirement reform is in place, the fact that cross-border pension issues will also be addressed is welcomed. This will hopefully give more clarity as to whether the source of taxation should be where the services were rendered in relation to the pension income, or where the pension fund making the payment is located. In addition, the reform will also address the existing anomalies in relation to annuity payments and lump sum payments. It is very encouraging that a wide public consultation process will be followed on these issues given its complexity.

Aggressive tax planning, tax avoidance and erosion of the tax base:

Companies that have their base of operations in SA but appear to have shifted a large proportion of their profits to low tax jurisdictions where only a few people are employed, will come under severe scrutiny by SARS. SARS is aggressively pursuing schemes identified under the revised general anti- avoidance rules and have done their homework and now have various tax information sharing and exchange agreements in place to track transactions through multiple jurisdictions and entities.

Base erosion and profit shifting were identified as major problems and South Africa is participating in the Organisation for Economic Cooperation and Development’s (“OECD”) work in this area. South Africa has committed to assist in countering abusive tax avoidance, as well as the abuse of tax treaty benefits, incomplete disclosure and fraudulent claims and will continue with efforts to put a stop to aggressive tax planning, base erosion and profit shifting.

Although comments have been made that anomalies will be removed in the current Controlled Foreign Company regime, the above would seem to indicate that these rules would equally be strengthened or new rules introduced to combat tax leakage where the current rules, especially the use of Foreign Business Establishments, are abused. This seems to be emphasised by the following extract from the Budget Speech:

“The South African Revenue Services is currently engaging with companies that have their base of operations in SA but appear to have shifted a large proportion of their profits to low tax jurisdictions where only a few people are employed. This is unacceptable!”

Offshore trusts were also identified in line with local trusts and the comments made regarding the review of the taxation of trusts would equally apply to offshore trusts.

Although most taxpayers will give a sigh of relief, those who are non-compliant or lurking in the dark, should take note as the shortfall may very well come from your pocket. Now more than ever, specialist advice is no longer a luxury but a necessity!