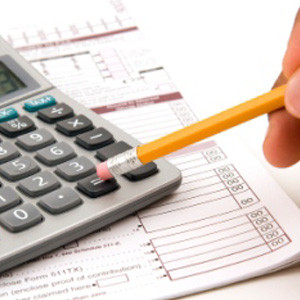 In his latest budget speech the minister clearly stated that Treasury is finding itself in a challenging period, with revenues lower than expected by R16,3 billion compared with estimates at the time of the 2012 budget.

From the above it is clear that Treasury will use every endeavour to increase the collection of taxes including administrative- and understatement penalties.

We as taxpayers have felt over the past years the effect of penalties being imposed on almost any non-compliance. For the fiscal year 2012 SARS has collected over R1 billion rand from imposing the above mentioned penalties.

What is this non-compliance penalties?

In a short guide to the Tax Administrative Act, 2011 (“TA Act”) SARS explains the administrative non-compliance penalties as follows.

The non-compliance levies consist of two types of penalties:

The percentage based penalties are imposed if SARS is satisfied that an amount of tax was not paid as and when required under a Tax Act.

Examples when the percentage-based penalty will be imposed 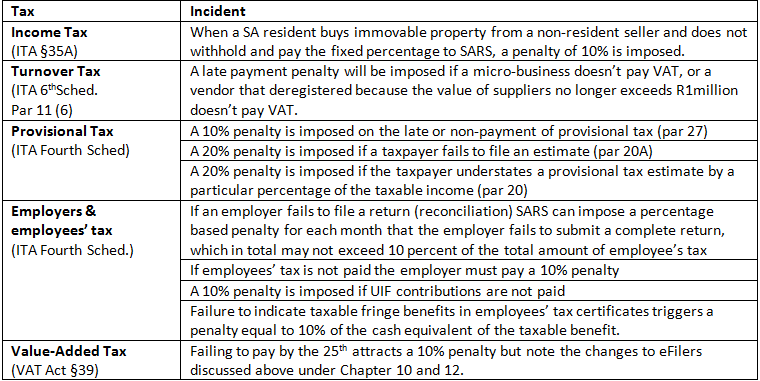 An understatement penalty may only be imposed if the fiscus is prejudiced by the Taxpayers’ conduct in reporting i.e.:

Taxpayers be aware of non-compliance, SARS is ready to penalize you.