The Consumer Protection Act – Why has it gone quiet?

Business 101: The National Development Plan (NDP) is now official government policy – What does it mean for us all? 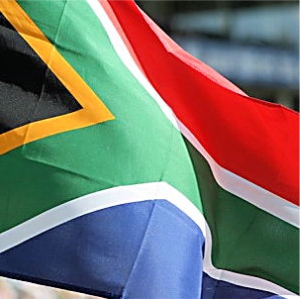 The recent ANC conference at Mangaung clarified the socio-economic framework for the next generation.

President Zuma proposed that the NDP become official ANC policy, this was ratified by the delegates at the conference, and the Cabinet has endorsed it.

What is the NDP and why is it important to us all?

Announced as a blueprint for eliminating poverty and reducing inequality in South Africa by 2030, it is a document that analyses how to get an united South Africa to a position where there is sustainable economic growth along with improved social harmony in the country.

It has two objectives:

Where are we today?

The NDP has a frank assessment of where the country is today – service delivery has failed in many areas, corruption is pervasive, much needs to be done to improve relationships between our various communities, the quality of education available to most black learners needs considerable improvement and unemployment is too high.

What needs to be done?

There is no detailed plan as the NDP rather aims to create a multi-disciplinary framework which will set in motion a cycle of improvement. Thus for example, creating the conditions for sustained economic growth will reduce unemployment, which will increase income levels, which in turn will bring down poverty.

The NPD is as much qualitative as it is quantitative – it aims for leadership from all walks of life, not just politicians. Groups from all walks of life need to get involved to create a participatory, transparent and accountable framework. It recognises that youth unemployment is the biggest risk facing us and proposes a youth subsidy along with reducing rigidity in the labour market and improving productivity.

What are the milestones?

It also sets out “enabling milestones” to ensure the plan remains on track. In the next eighteen years some of these are:

What are the critical actions required?

Something as over-arching and sweeping as the NDP needs a “social compact” between labour, business and the government. This will enable investment, job creation and the reduction of poverty and inequality.  This reminds us of the negotiations in the early 1990s that paved the way to 1994.

There are many other critical actions like improving state capacity, improving infrastructure, education and public health. The private sector should focus on areas where the country is competitive, can develop export markets and strengthen employment. The state is to invest 10% of GDP to infrastructure, professionalise the public service and reduce corruption.

As this is now official policy, it is worth getting to know. What is heartening about the NDP is that it favours pragmatism over competing political ideologies. It is a well researched document rooted in common sense.

© DotNews, 2005-2013. This article is a general information sheet and should not be used or relied on as legal or other professional advice. No liability can be accepted for any errors or omissions nor for any loss or damage arising from reliance upon any information herein. Always contact your legal adviser for specific and detailed advice.